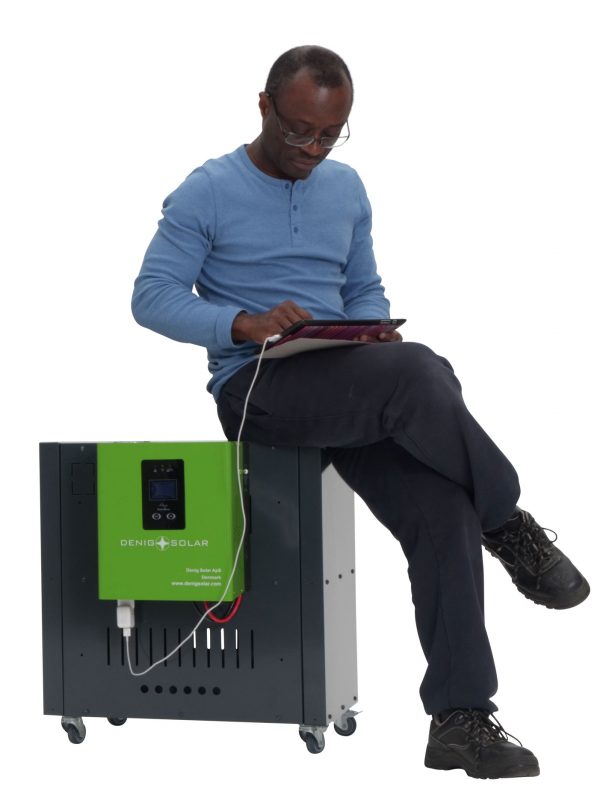 ETEKAMBA'S CAREER AS AN ENGINEER HAS BEEN SOLE-LY FOCUSED ON CLEAN RENEWABLE ENERGY AND ENERGY INDEPENDENCE.

As a young boy growing up in rural Nigeria (Africa), he would make home-made lamps with wooden boxes, batteries and old flashlight bulbs for his mother to use at home instead of the usual kerosene lanterns.

As a teenager, Etekamba emigrated to Denmark with his adopted Danish step-father and mother. This is where he completed his education in Engineering over 30 years ago.

Denmark had been a pioneer in developing commercial wind power during the 1970s and Etekamba’s interest in renewable energy led him to begin his engineering career with Danish Wind Technology as far back as the 1980s where he worked for 22 years.

Etekamba has developed many years of experience and skill in designing, developing and manufacturing renewable energy systems for domestic and commercial use.

The name DENIG is a combination of Denmark and Nigeria because even though he has lived in Denmark for most of his life, Etekamba’s strong links to his Nigerian roots has made him feel a responsibility to help African engineers and consumers benefit from his knowledge and products.

Etekamba is married with children and spends his free time training young engineers in Africa and helping small business producers in Nigeria to package their products.

get a customized offer

Tell us about your project and we will be in touch shortly.